Implant treatment can be divided into two major phases where the first phase is to establish a firm and stable osseointegration of the installed implant followed by the second phase where the aim is to maintain osseointegration, implant stability, and tissue health over time during follow-up. Implant failures during the first phase is observed as lose implants which are interpreted to never have integrated and the time interval for these “early failures” are recorded from implant surgery up to a period of implant function.This period of time may vary since radiographs many times are needed to detect these early implant failures. Accordingly, radiographs taken after prosthesis placement has many times been used as the end of this early period, and the length of this time period are dependent on the routines in the specific clinic. Implants that are lost at a later time after the first radiographic follow- up examination have then been recorded as “late failures” where the implants are considered to lose osseointegration rather than never have been osseointegrated. Thus, the length of the time period for implants at a risk for early failures is much depending on both choice of surgical loading protocol and when the first radiographic follow-up examination has been performed after prosthesis loading in routine practice. However, irrespective of what surgical loading protocol or time for first radiographic examination after prosthesis placement that has been used, still most follow-up studies have indicated that more patients lose more implants during the first, early, phase of treatment as compared to during the second, later, phase of follow-up. 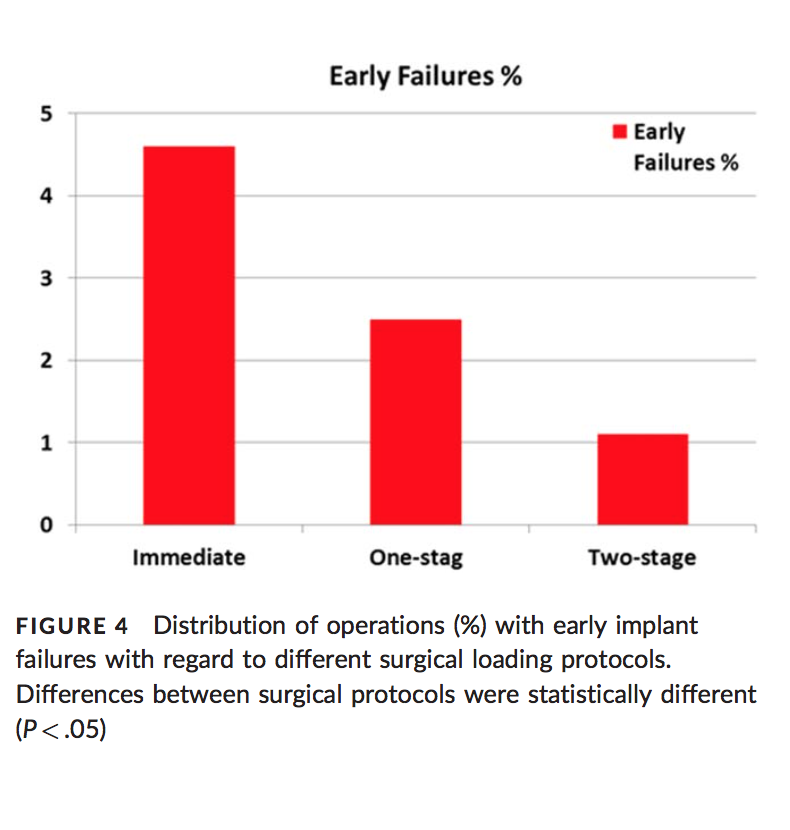